basically a mixture of an art blog and a personal journal. my art and the process behind it all is a spiritual experience, so you can find my more intimate explanations behind the art i share on my social media :3

🎨MY WEIRD THOUGHTS AND CAVE DRAWINGS!!🎨 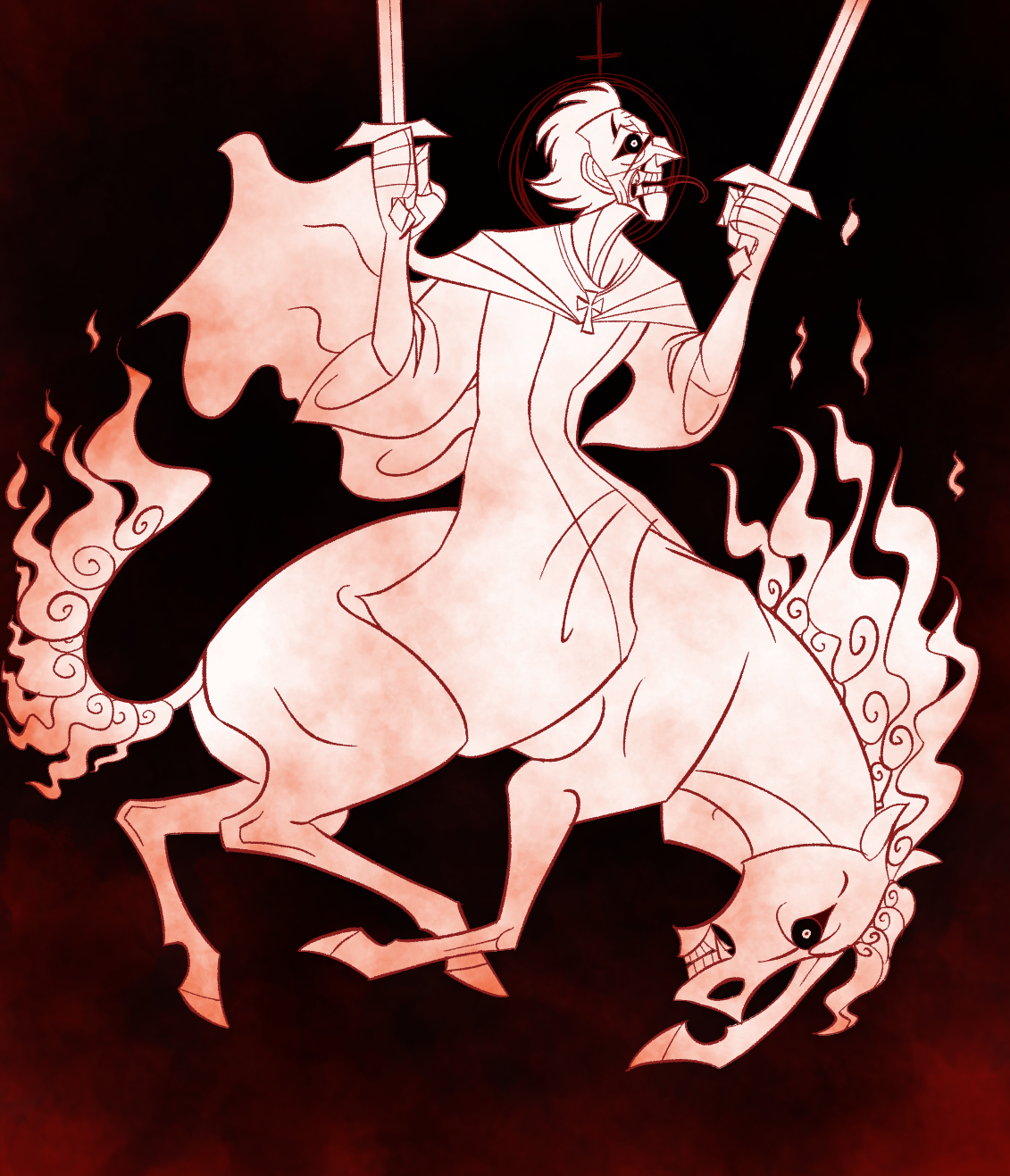 4/19/22 - i was meaning to add a commentary when i first uploaded this pic when i reformatted this page, but i just kinda abandoned it whoops!! but never fear, i got back to it!

i drew this pic back in November 2021 i think. while this is one of the last pieces i made using my old "Cartoon Salooniverse" style, i still like it very much. this was inspired by the Current 93 song "Hitler as Kalki", with the song obviously exploring the concept of Hitler coming in as the final avatar of Vishnu, Kalki. the song itself is disturbing, raw, and it invokes the image of the immense and massive destruction Hitler and the Nazis wrought upon Europe during WWII. in this song, with Hitler taking the form of Kalki, it's as though Hitler perverts the original purpose of Kalki, which was to purge the wicked and bring in a new age ruled with justice and peace. with Hitler taking this form, he turns this purpose upside the head and sees to it that those who don't conform to his vision of an Aryan master race suffer greatly. to put it simply, he becomes an antichrist. and that concept is absolutely terrifying

and what better else to portray that kind of hubris with Alastar? while Alastar isn't a dictator responsible for millions of deaths, he is responsible for many deaths nonetheless. throughout his life, he had delusions of grandeur and put himself before the needs of everyone else. and if someone ever questioned that, Alastar would make life a living hell. so, i just had to apply this demonic imagery to him.