holy shit i love this movie. i love this movie so fucking much. this movie. T H I S M O V I E! this movie basically inspired so much of what i do now. because of The Secret of Kells, i am now studying medieval history and religion, hoping to become a scholar in that field. i now have a story/webcomic in the works called To Follow the Black Dog, a murder mystery/thriller set in Anglo-Saxon England, telling a story of the abbey of Tadhgstead (fun fact: TFtBD started off as a fanfic of this movie, but has since become its own original story). because of this movie, i have met so many people online. some of them turned out to be some of my closest and dearest friends (you all know who you are ❤️). while some others turned out to have had a toxic influence over me, which i have since cut off from my life. but regardless, The Secret of Kells has shaped so much of my life, and i have to thank it for that.

as for the movie itself, it beautifully captures the creative process and tells the story of the creation of the famous manuscript of the Book of Kells. while the Irish monks of history who made the Book of Kells most likely haven't conversed with the fair folk or fought against eldritch serpentine gods, the inspiration they felt was very real. and it turned into one of the most breathtaking and hypnotizing works of art ever known. even looking at the pages today, even though they are over a millennium old, i am put into an almost meditative trance, always seeing new details within the illuminations. and the struggles shown in The Secret of Kells were very real to the monks of the time too. it's almost certain that some people involved with the creation of the manuscript may have been obsessed with security, like Abbot Cellach. on the other hand, others involved in the project may have been eager to let out their passionate inspiration through the book's pages, like Brother Aidan. while we don't have any risk of encountering bloodthirsty Vikings, we still have that same struggle between security and freedom. do we let our obsession with safety rule our lives? or do we let inspiration pour out of us and create amazing works of art?

while i love The Secret of Kells very much, it still very much has its flaws. i could complain about its short runtime. i could complain about the problematic designs of Brother Tang and Brother Assoua. however, as i have followed Cartoon Saloon's films over the years, they have greatly improved over time, arguably peaking with their most recent film Wolfwalkers.

i could go on all day rambling about this movie, but i'm afraid i would become a broken record. so here's a wholesome pic of Irish Willie Nelson i edited :'3c 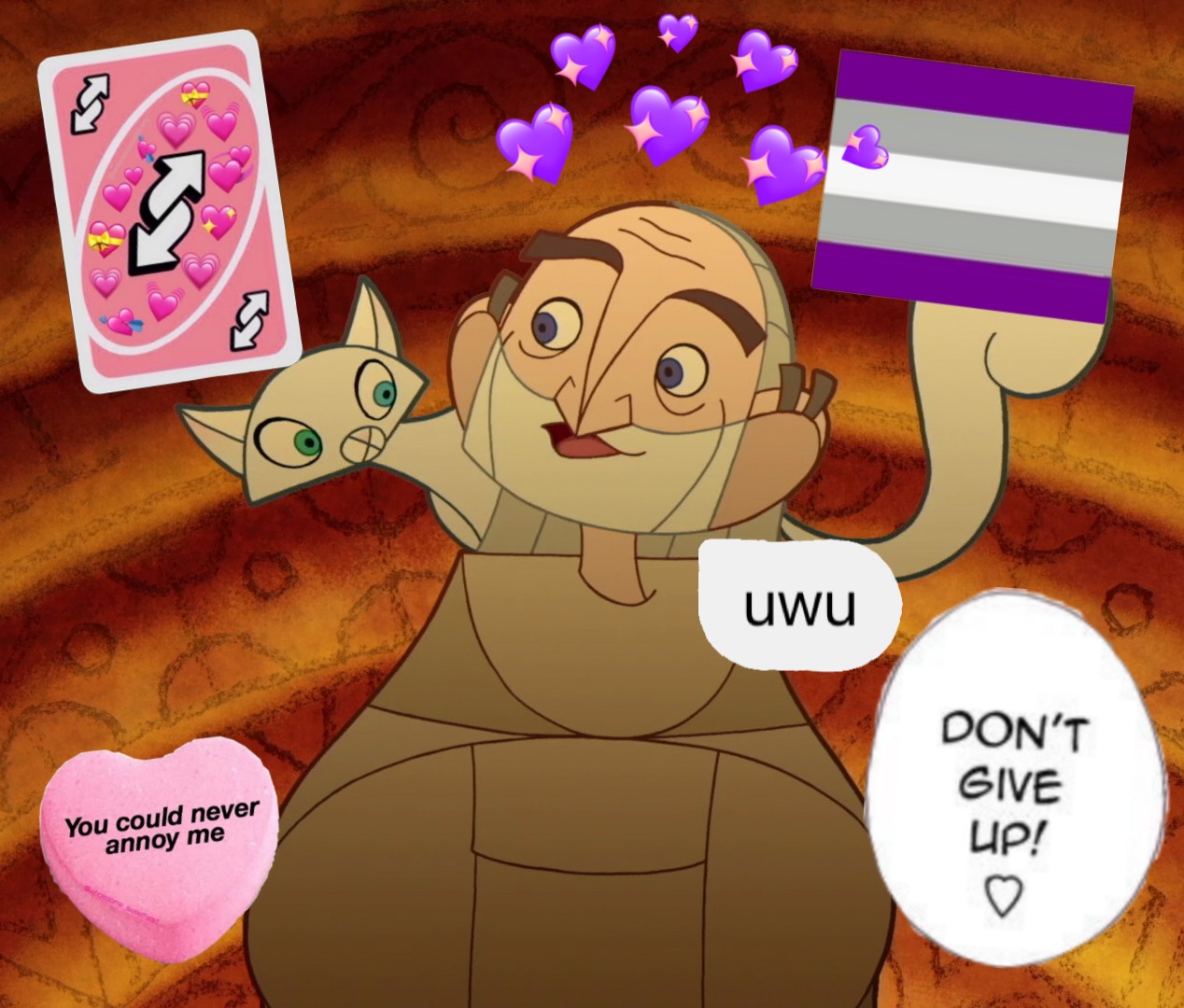